The close connection between living nature and architecture is a persistent and enduring theme across cultures. In the west it has come to be called Organicism. The Living Architecture Systems exhibited ongoing research on “living architecture” by the Living Architecture Systems Group. This research traces its roots back in the aesthetic philosophy of Organicism. Organicism defines a deep yearning to learn from nature, searching for a new language for architecture. This research has the potential to transform the way we dwell within the natural world that is all around us– the sky above, earth below, winds gusting, birds migrating, the sun and the moon rising and falling on the horizon.

Architects often reach out to the natural sciences, continuing the tradition of earlier architects who studied taxonomy to order the animal kingdom based on the formal attributes of their skeletons. In that worldview, nature was interpreted through stone, wood, color, to give the illusion of living nature. Stone leaves on columns capitals and the veins of marble on floors tiles were meant to infuse architecture with a sense of living nature and geological time.

Early on this new architectural language of carved stones invited spiritual energies to come in and infuse the building. During the fin de siecle, the malaise from the impact of the overwhelming industrialization generated an urgent need to connect with nature. Plans of organicist buildings from the past century were often conceived as a series of rooms shaped like the organs of an animal, each organ having its own function, each function its proper size and hierarchy to create a sense of unity. These public buildings were symmetrical in plan and like an animal the front differed from the back. Once inside, decorations inspired from plants and animals covered every possible interior surface.

Today, the sense of urgency stemming from the ecological crisis reaches to Organicism and draws it back into the conversation. The early 20th century German theorist Ernst Gadamer suggests that viewers find a deep sense of “coming home” linked to the past through the long tradition of Organicism. Yet a beauty of Organicism lies in the fact that one does not need to know about this historical tradition in order to come home. Contemporary digital technologies allow for systems that move far beyond the representation of nature, providing opportunities for greater complexity.

In the current exhibition components activated by micro-processors create rippling motions that respond to changes in the environment and the presence of occupants. Poetic qualities are evoked by the interconnectivity created by the designer. Viewers are invited to reconnect with an ancient yearning for dwelling in living nature. 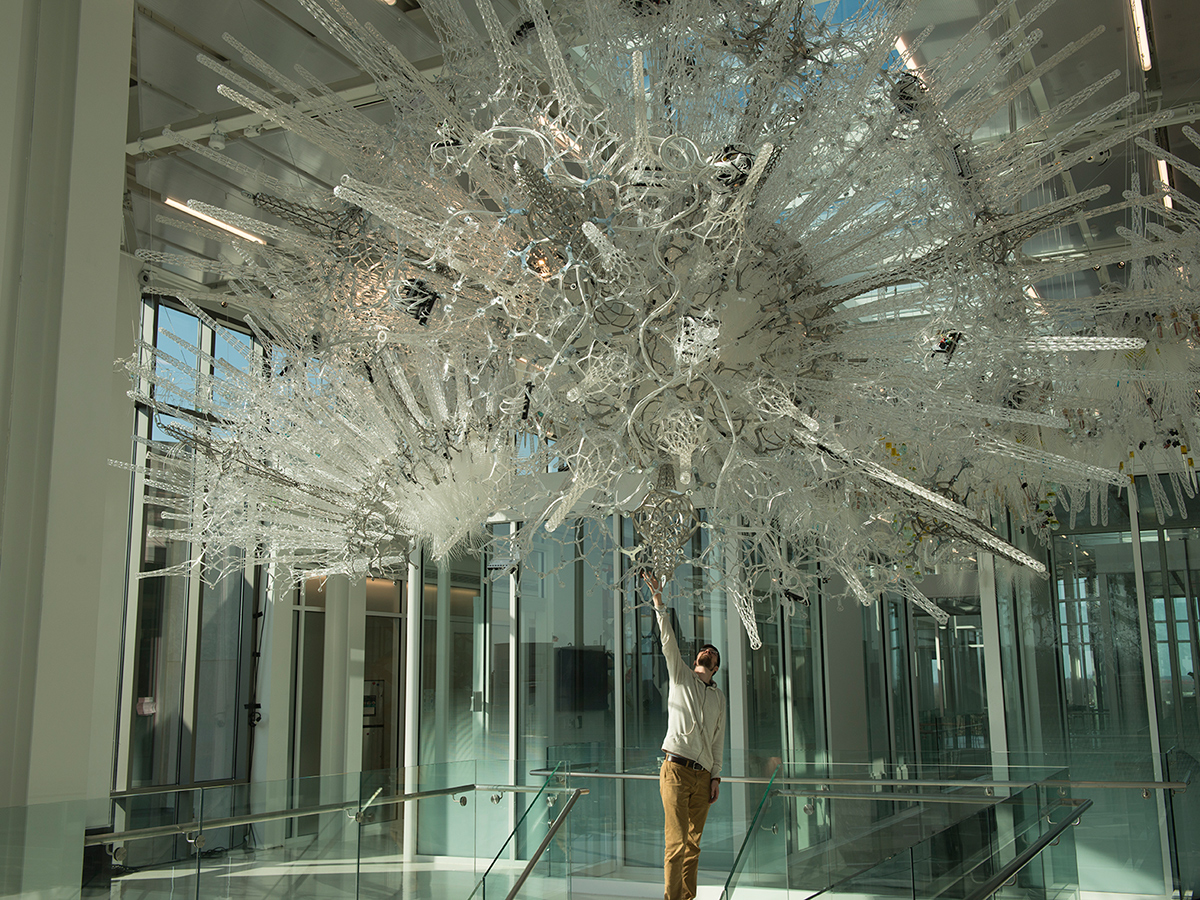 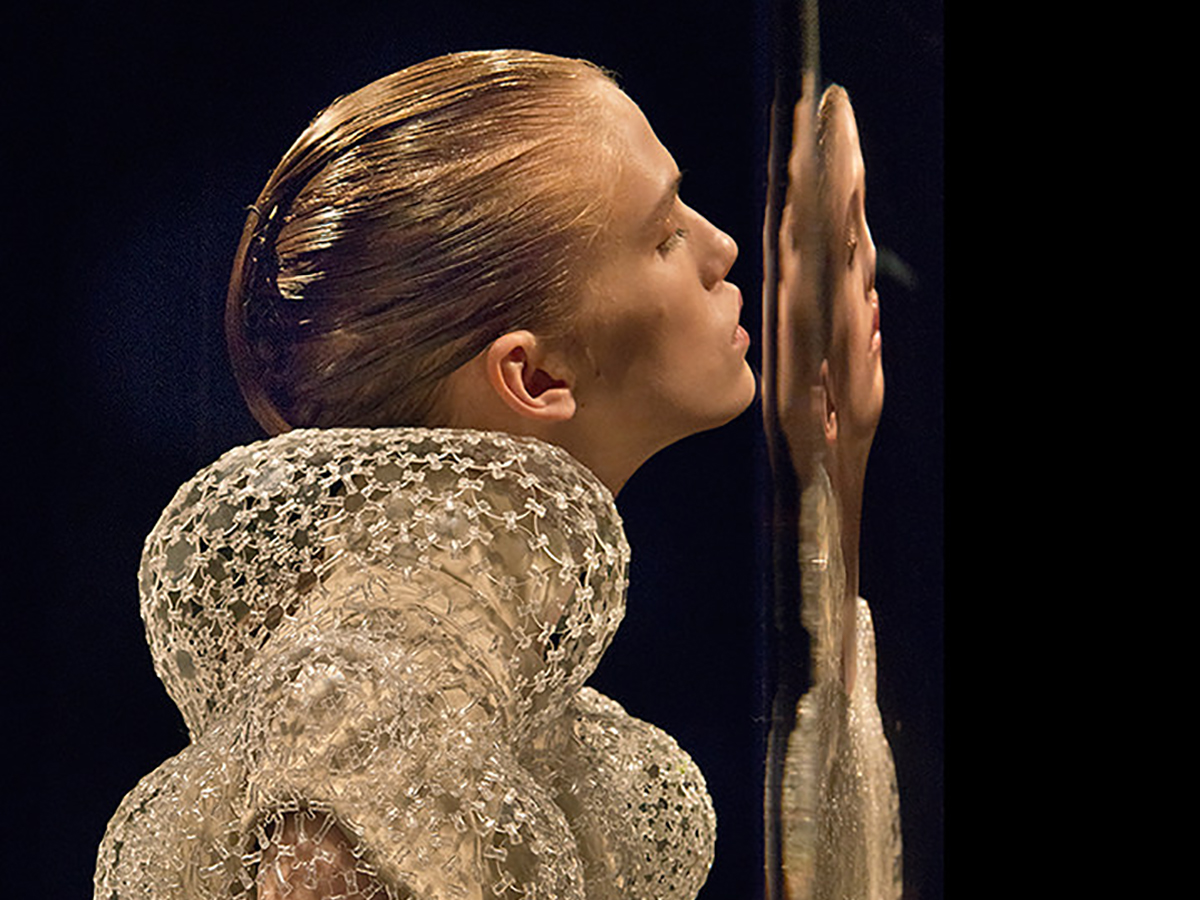 Lucid: The Unreality of Seeing 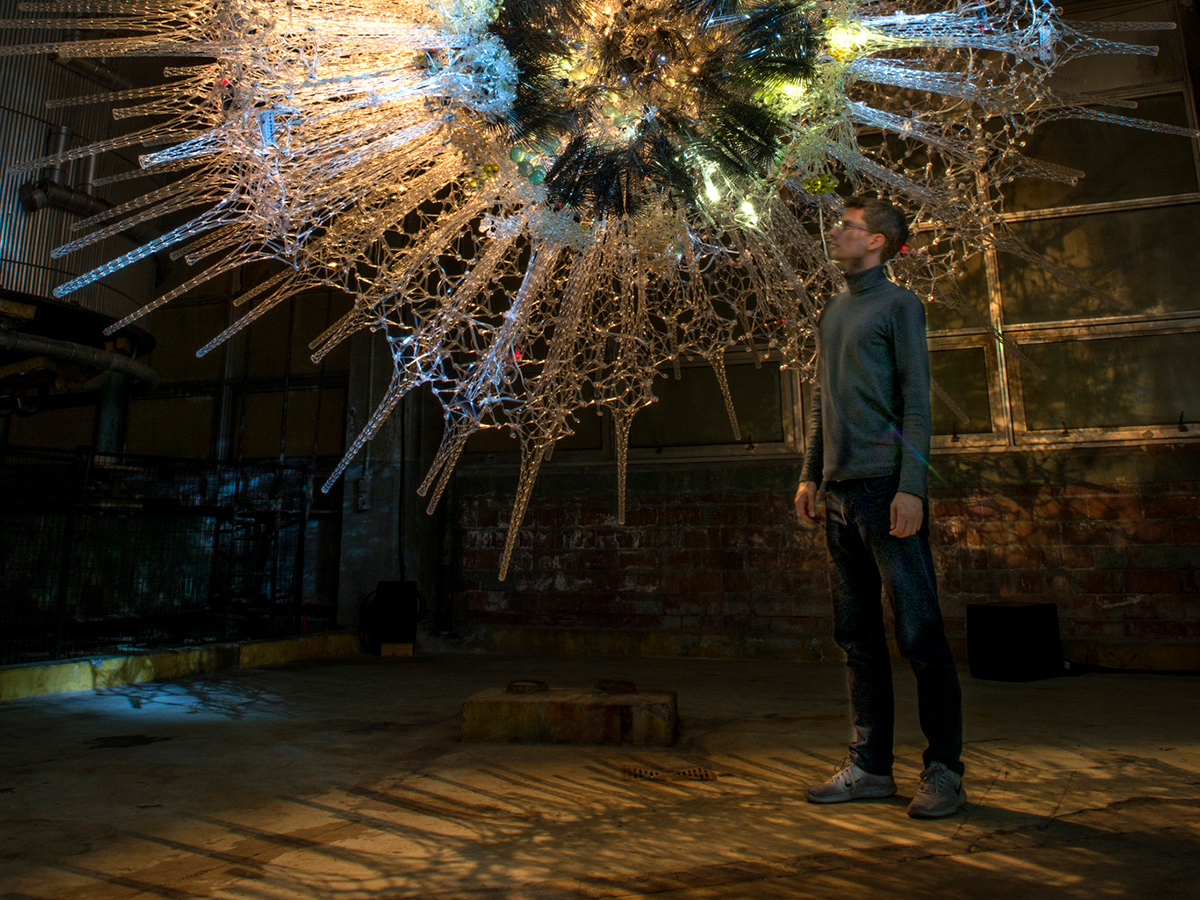 an interdisciplinary research cluster of architects, artists, engineers, scientists, and industry partners that aims to create living, adaptive, and empathic architecture, resulting in a more harmonious relationship between people, buildings, and environments.